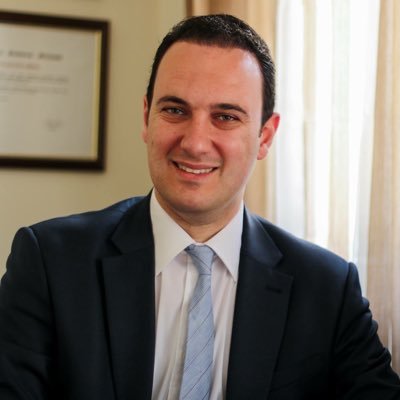 Hon. Clifton Grima is the Minister for Education, Sport, Youth, Research and Innovation​.

Hon. Grima is a lawyer by profession. He graduated with a Doctor of Laws from the University of Malta in 2010 and was elected to Parliament in October 2016.

He has served as a Member of the Maltese Parliamentever sincee. Following the June 2017 General Election, Hon. Grima was entrusted with a Cabinet role as Parliamentary Secretary for Youth, Sport and Voluntary Organisations. In 2021 was appointed as Minister for Education and Sport.

As Minister, Hon. Grima is currently responsible of Malta’s Education sector and Sport industry. He is known for his input in the setting of new strategies aimed at the development of new future-oriented sectors.

sportsWith the aim of putting Malta on the world sports map and hosting competitions on an international level Hon. Grima pushed for the development of Malta's sport strategy and the modernisation of Malta's sports infrastructure.